Virgin territory. Never touched by humans. Pristine. Clarity. Movement of colors spectacular. The Celestial Heavens. The Awesomeness of the  Firmament. Breathtaking. Remember to Inhale. Who smokes that which gives one sight & doesn’t Inhale. That’s Sheer Waste. Martin Heck has the most Amazing Ability to capture magnificent images with Timelapse. He folds all together what has magically been collected to create a continuous Pure Visual Ecstasy for Sights Awakening Experience of Exalting Awesomeness.

Part I/IV of a timelapse series through the always changing landscapes of New Zealand. Shot over 4 month, traveling through amazing landscapes, sleeping under the stars, hiking on mountains and exploring remote roads. Locations in this video where at Fjordland NP, Mount Cook NP and Arthurs Pass NP, Mavora Lakes and Lake Ohau.
Follow me on Twitter: twitter.com/martinheck and Facebook: facebook.com/TimestormFilms
Official Website: timestormfilms.com

In the Summer of 2013 Suns approached me with the idea of developing a music video for their track ‘Bells’ and upon listening to the track -which I loved- I immediately had thoughts of an astronaut travelling alone through space. With this initial image in mind I began experimenting with various visual effects using After Effects.

I used two AE plugins: Plexus 2.0 and Trapcode Form, I started to develop my ideas which involved generating the thin line aesthetic and dots that I was after. The majority of the 3D models used in the video are based on real objects from Space; the Hubble Space Telescope, Progress and Voyager 1. The planets and moons in the video are generated using NASA imagery, and helped to create a formal aspect to an otherwise abstract piece. Once I’d settled on the visual look for the piece, I began to think about how the structure will be developed in relation to the journey of the astronaut and the emotion of the track.

From Ion Plus 1 year ago
Not Yet Rated

This is a small animation i did as an exercise to experiment and explore all the graphical possibilities of representing the idea of the SPHERE, always thinking in searching Gestalt and form. Its all done in 3d, but i was more interested in the graphical interest, flatten the surfaces, and only two colors, why more.The most difficult was to achieve the transitions between the different type of representation of the sphere, the morphing and metamorphosing.

For the description of the project, all these frames plus the frames from the scenes that weren’t included, visit – behance.net/gallery/Spherikal/3565597

It was all done in Cinema 4d R13, all with the Mograph module. Comositing and post in After Effects

Artist Statement
The work advection consists of several visual études projected on the continuously changing volume of a water fountain. Interconnected with both the circadian rhythm of their natural surroundings as well as the meteorological nuances of seasonal change from autumn to winter – the fixed études alter their density, texture and luminescence over the exhibition time.

This highly organic pictorial frame spawns a contemporary form of moving abstract paintings or associative drawings. The volumetric fountain, the pond reflections and iridescent flares shape a plasmatic spatial system, which is extended by a secondary video projection. This additional layer illuminates the surrounding area, integrating vegetation and the passing visitors into an abstracted mirage-stage.

Here, twining lines change their density within the evolving volume as fragile light patterns float in the bank of fog. The skeletal music composition is augmented by the sound of rippling water and the rushing fountain. Ultimately flickering projection segments and the emerging natural airstreams break the fluctuating formations, making every loop a unique permutation.

SCRIPTURA VITAE is a short-film based on the artwork of Aerosyn-Lex Mestrovic. Commissioned by the UK’s Channel 4 and Protein London as part of the Random Acts arts platform, this film marks the directorial debut of artist and designer, Aerosyn-Lex.

This time-lapse was inspired by the “Empty America Series” by Ross Ching and the Nibiran jungle scene in Star Trek Into Darkness. When I first saw the scene in Star Trek, it made me wonder how color infrared would look if we could see it with our own eyes, unaided by IR filters. After seeing the movie and watching Ross’s series I thought about how a totally empty city (such as Philadelphia) would look in Kodak EIR style infrared.

Hope you all enjoy and thanks for viewing!

Addition Info:
All scenes were shot around Philadelphia using my full-spectrum digital camera and a yellow filter. A full spectrum camera is a camera that has had it’s IR blocking filter removed, allowing the camera to see into the infrared. The yellow filter blocks all visible light up to yellow and allows infrared to pass through. The first scene and time-lapse title was prompted by an infrared series that I’ve been shooting over the years called “Wonderland”. If you are interested in seeing some of the photos from this series click on the title under video.

This took four months of formula experimentations and over 1000 hours of combined rendering via open source raytracers to complete.

Also check out its sibling for the-side track “THE INKLING” at vimeo.com/76123151

Audio by EXTRAWELT
Video by denial.of.service 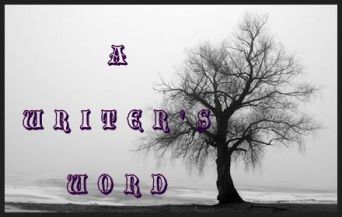 You Must Not Fear

You Must Not Fear

You must not fear,
hold back, count or be a miser
with your thoughts and feelings.
It is also true that creation
comes from an overflow, so you
have to learn to intake, to
imbibe, to nourish yourself and
not be afraid of fullness. The
fullness is like a tidal wave
which then carries you, sweeps
you into experience and into
writing. Permit yourself to flow
and overflow, allow for the rise
in temperature, all the expansions
and intensifications. Something is
always born of excess: great art
was born of great terrors, great
loneliness, great inhibitions,
instabilities, and it always
balances them. If it seems to you
that I move in a world of certitudes,
you, par contre, must benefit from
the great privilege of youth, which
is that you move in a world of mysteries.
But both must be ruled by faith. 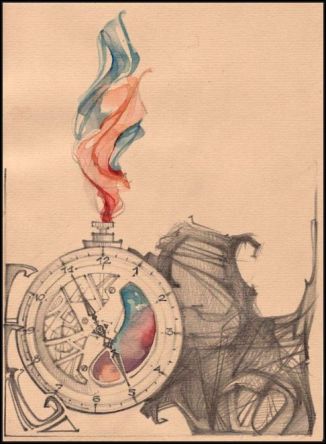 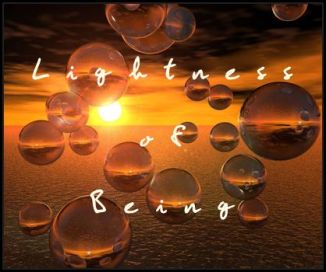 I am dedicating this Post to someone who has been very supportive to me.
She has gone through a difficult ordeal over the past few months.
Life-threatening. I wish her good health & a speedy return to her life.
I want her to know she has my support. I was so worried.
Actually, frantic is a good word to describe it. She knows I care.
Thank you for contacting me in such a magical way.
Rising from the ashes is a true dramatic way to reenter.
Welcome back. You are looking great but oh my you went through it.
I know the experience well. Animals have been in my life forever.
They leave their marks in more ways than just to love you.
I can breath now knowing you are on the mend.
This is for you. Wow! your eyes. Wait for the fantastic images.
Be Awed. Celebrate. Be Alive.

I was lucky enough to be sent to Rio on assignment to shoot some 4K and 10K timelapse footage for a major electronics manufacturer. This video is a compilation of some of the footage I shot there. Most of the locations are within the city of Rio De Janeiro, but I also traveled to the famous Iguazú Falls on the border of the Brazilian state of Paraná and the Argentinian province of Misiones. In 2011 Iguazú Falls was announced as one of the seven winners of the New Seven Wonders of Nature by the New Seven Wonders of the World Foundation.

RIO DE JANEIRO: No wonder the beautiful city of Rio De Janeiro was chosen to host the 2014 FIFA World Cup and the 2016 Summer Olympics. Rio de Janeiro, or simply Rio, is the capital city of the State of Rio de Janeiro

Hope You Enjoyed and Received the Pleasure
I Did from Discovering These Marvelous Videos
And the Artists Who Were So Creative in Creating Them.
They are a Treasure. I Have Found Many More.
So Look Forward to More Amazing Vision Posts In the Future.

Something Is Always Born of Excess
Post Created by Jk the secret keeper
Illustrated by j. kiley
Written by Anais Nin
Posted On Sunday 8th September 2013
A Writer’s Word

something is always born of excess by j. kiley (c) jennifer kiley 2013

John Mackey: Symphony — The Attentions of Soul by Band 3