Four years after the Jurassic World theme park was closed down, Owen (Chris Pratt) and Claire (Bryce Dallas Howard) return to Isla Nublar to save the dinosaurs when they learn that a once dormant volcano on the island is active and is threatening to extinguish all life there. Along the way, Owen sets out to find Blue, his lead raptor, and discovers a conspiracy that could disrupt the natural order of the entire planet. Life has found a way, again. 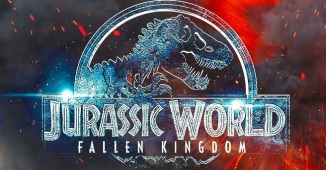 Out of the Wood. Into the city. Disney’s Christopher Robin. Film in theatres August 3.

In the heartwarming live action adventure Disney’s “Christopher Robin,” the young boy who shared countless adventures with his band of lovable stuffed animals in the Hundred Acre Wood is now grown up and living in London but he has lost his way. Now it is up to his childhood friends to venture into our world and help Christopher Robin rediscover the joys of family life, the value of friendship and to appreciate the simple pleasures in life once again.

Disney’s “Christopher Robin” is directed by Marc Forster from a screenplay by Alex Ross Perry and Allison Schroeder and a story by Perry based on characters created by A.A. Milne and E.H. Shepard. The film stars Ewan McGregor as Christopher Robin; Hayley Atwell as his wife Evelyn; Bronte Carmichael as his daughter Madeline; and Mark Gatiss as Giles Winslow, Robin’s boss. The film also features the voices of: Jim Cummings as Winnie the Pooh and Tigger; Brad Garrett as Eeyore; Toby Jones as Owl; Nick Mohammed as Piglet; Peter Capaldi as Rabbit; and Sophie Okonedo as Kanga.

All I can possibly say is what a huge surprise from such a short film of 2m 40s. I could add it is animated and about a young boy with a telescope who is awaiting Santa Claus to arrive. From here on if more is sought out from the story – it is better to watch the video. – j.kiley

The Night the Moon Fell

A beautifully stated reason by Shawn MacKenzie to view Viola Davis intro to Meryl Streep and the speech Meryl made after receiving the Cecil B. DeMille Lifetime Achievement at the Golden Globe Awards on Sunday 8th Jan 2017. The words coming from Meryl’s strained voice awakened the world & a certain late night Tweeter I prefer not to mention by name. Find out from Meryl

In a world that has felt crazy and out of control for a while now, it is a true delight to know that there are women in the world like the radiant Viola Davis and the incomparable Meryl Streep. Their words from this year’s Golden Globe Awards are both touching and eloquent. Faced with the reality into which we are all about to be plunged, Meryl Streep’s words resonate profoundly. They bear listening to and repeating again and again.

[Speaking for myself – one can experience Vertigo – Just a potential warning – but WoW what an exhilirating appearance this film makes – can’t wait! ]

Storyline
Marvel’s “Doctor Strange” follows the story of the talented neurosurgeon Doctor Stephen Strange who, after a tragic car accident, must put ego aside and learn the secrets of a hidden world of mysticism and alternate dimensions. Based in New York City’s Greenwich Village, Doctor Strange must act as an intermediary between the real world and what lies beyond, utilising a vast array of metaphysical abilities and artifacts to protect the Marvel Cinematic Universe. Written by Marvel – Plot Synopsis

i am not a usual baseball player watcher but started watching the 2nd half of the 7th game of the world series online while watching a daniel radcliffe film. my attention was into the most exciting ending. bonnie hunt was there. haven’t seen her since her talk show. Always a Cubs fan & from Chicago. i was so routing for the CUBS. It had been 108 years since the last win. WAY TO GO CHICAGO CUBS! It was one of the best endings I’ve seen in baseball. HAVE A GREAT CELEBRATION. YOU WON & DESERVE IT!!!

I bet the Obamas are extremely pleased. WOW! WOW! WOW! – Maggie the Cat | Roars & Paws 🎈✨🎇🎆😎
ps. forgot to mention it was a sure thing for the Cubs until everything tied up at the end of the 9th inning & a rain delay started. I was screaming at the tv at the bottom of the 10th inning. Started counting strikes. And then it happened, a throw to first, if my memory serves, and that was 3 outs & it all was over. ASTONISHING QUALITY & A MIRACLE WIN. WELL WARRANTED. YES! YEAH! YES! YEAH! YES! 😎 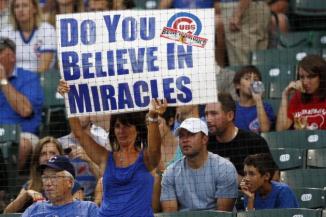 I watched the First Wive’s Club just last night. It was still an amazing film after all these years. An inspiration to women who have reached over the age of 40. Why, I ask, does the world of the media, namely entertainment, films in particular, think women have died when they have reached the age of 40, when actually one’s life really begins. One gains wisdom and life is ahead of you, lots of dreams to fulfill. Women are more beautiful. Their acting has improved. Their lives are fuller. Women over 40 offer the world so much more than any man at any age could possibly compare to. Watching this film, empowered my mind, my soul, my body, and it was a fun experience to see women claiming their power from the men who choose women who look like babies that have grown breasts. That’s what they want?! Rather than having someone in their lives who is going to help then fulfill their own dreams. Why do men think that supposedly

outer beauty is going to be more satisfying than a person with intelligence, experience, and someone who can talk with a brain that works. – Maggie The Cat